The initial reason I traveled to the UK was to hike Hadrian’s Wall, an 84-mile national trail across the width of Northern England, following the course of a ruined wall from the Roman Empire. My friend Sue had suggested the hike, and in true style, another friend Terry and I signed on without question (charmed life example #462). While we were hiking Hadrian’s wall, I found that my mind would run and run and run while I walked and walked and walked. I’ve learned enough in my life so far that, if I don’t give my mind something productive to do, it will come up with plenty of destructive things to while away the hours. Now, granted, I use the term “productive” pretty loosely here, so don’t get your hopes up.

I enlisted Terry to teach me songs from her Girl Scout days. Now, I was never in the Girl Scouts. No cutie little outfits or badges, no week-long camps, and no sweet, sweet boxes of deeeeelicious cookies. I did have Lutheran Girl Pioneers, the Wisconsin Synod equivalent of the Girl Scouts, but all of our songs had a whole lotta the Jesus in them, and I just wasn’t in the mood for him on this hike at this point in my life (although “Father Abraham” did make his way briefly onto the set list at one point). But it seems like these Girl Scouts know what they’re doing, because Terry taught me a great hiking song that ends with a very rousing chant of, “Ten, twenty, thirty, forty, fifty miles a day – HEY!”
(Note: I will never pass up an opportunity to throw some jazz hands in the air and punctuate a marching song with “HEY!”)
(Another, less-related note: As I cleaned out my mementos this past year, I came across a pin from my Lutheran Girl Pioneer days: the LGP Perfect Attendance pin. Such were the accomplishments of my youth.)

Another song Terry taught me was “Eddie Coochie Katcha Kami.” (Yeah, it may be the coochie bit that that kept it out of the LGP world.) Now, the Eddie story is a young man with a very long name who falls into a well then drowns when no one can say his name fast enough to get help to him in time. So uplifting, eh? But fun as hell to sing! So, I learned what I now affectionately was referring to as “The Eddie Coochie Song” by repeating it over and over and over and over and … yeah, and over. But I finally learned it to the point where, several days into hiking, I could sing it nearly as quickly as it ought be sung.

With that accomplished, I needed another challenge to keep my brain a bit busy during the full days of hiking. So, in keeping with the natural progression of all things musical, I came up with a dance that goes along with the chorus (Eddie’s full name). I secretly choreographed it in my mind, practicing it during little side trips I took off of the trail while my hiking partners trudged on (with Sue, telling me it was “good for me” to burn off energy on my little side treks – ha!). Once I had the dance down, I told Terry I had come up with a game. I was going to do a dance and see if she could see what song I was silently dancing to. I know that you are all wishing you had video of this dance I did (beg hard enough and it may come), but here’s how it goes:

(And, yes, I can see you out there trying to recreate this dance. Post a link to your video in the comments below and you shall be rewarded. Not kidding.)

“Terry. Seriously? Come on. You must not even be watching me.” And I kept repeating my dance. Over and over and over and over and… yeah, and over. Eventually, I sadly had to give up and tell her which song I had so brilliantly choreographed. But neither of us peed ourselves while laughing so damn hard, so really we both won.

Now, I’ll admit it’s the worst game in the world, but a couple of local pints and a couple more shots of Famous Grouse later in a pub at the end of our hike, I regaled my newest friends in the world about this horrible idea of an intentionally impossible game that was actually a blast. Not only did they laugh hysterically at my story, but they STARTED PLAYING MY GAME. Now, mind you, they turned it more into a bit of charades, only with dancing instead of acting out specific words, and with one of the men consistently shouting encouragement like, “You’re doing really well! You’re doing a great job of it!” (About a game that can’t be done well.) But if you’ve never bonded with a bunch of bicycling British men and a hiking Australian woman you’ve just met over a game you made up while hiking Hadrian’s Wall, I hope that you are working to create equally as memorable stories.

While the whole trip was a series of amazing, gratitude-inducing events (touring London and seeing the Royal family! punting and walking the streets in Cambridge! hiking England coast to coast after dipping my feet in the North Sea, staying in amazing B&Bs along the way! buying a delightful dress in Edinburgh! traveling to the Highlands of Scotland including Loch Ness! spending hours in the Blue Lagoon in Iceland under the midnight sun!), I’ve said it before and I’ll say it again…

Life, for me, is about creating stories. And the story of creating a game on an international thru-hike that then gets played by newfound friends in a pub in Bowness on Solway is one I will undoubtedly continue to tell for years.

Complete with re-enactment of my now infamous dance. 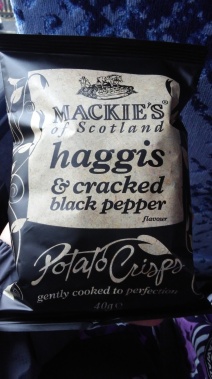 Vegetarian! (But I tried the real deal, too. Yum!)

The dress… Aaaahhhh, this dress I found in Edinburgh, minutes after arriving…

More of the hike (Sue had to go ahead because she couldn’t watch!)

I love me some Nessie.

Mostly saw the backs of cameras while trying to see the royal family, but…

The dress made it to Iceland for fermented shark tasting, too… 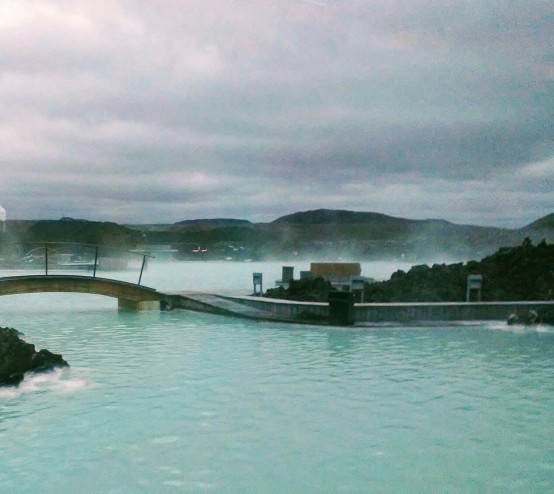 My pictures do not do the Blue Lagoon any sort of justice. Good to be back in some midnight sun… 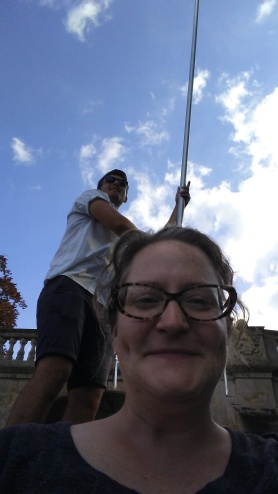